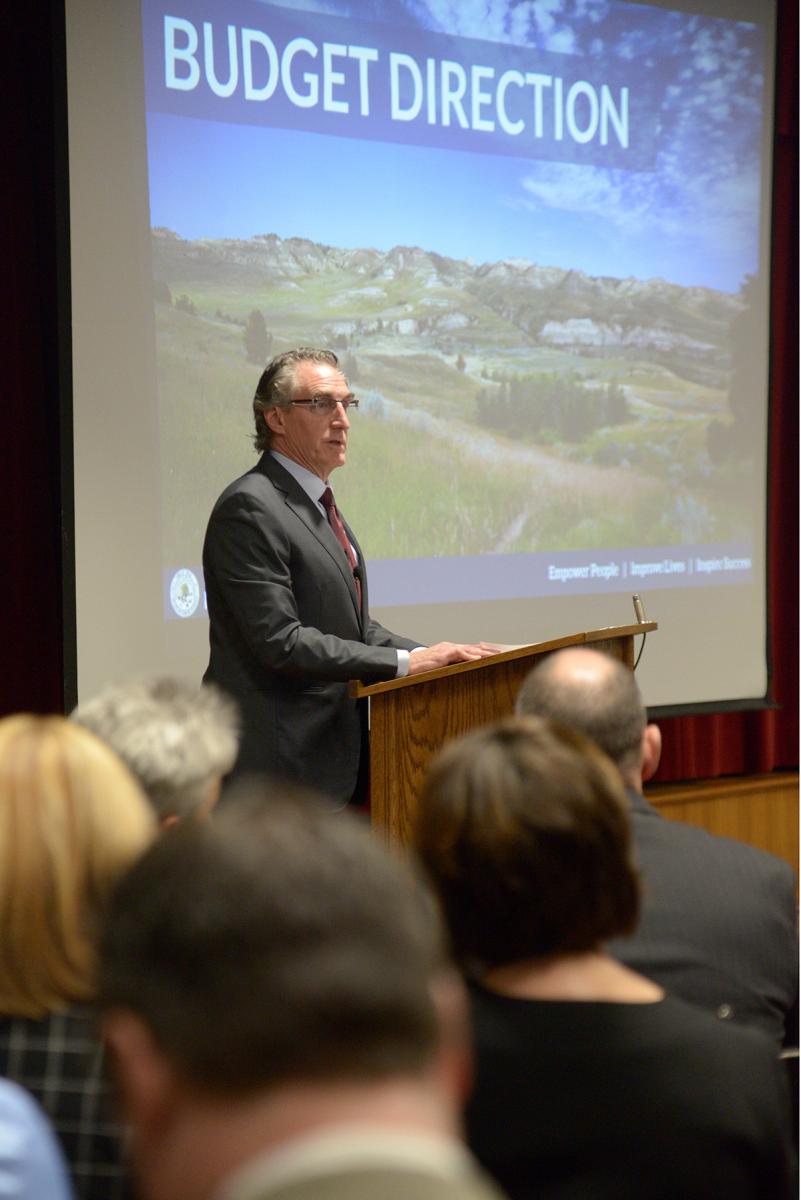 Individual agencies will begin the strategy review process in May, meeting with the Office of Management and Budget and Governor’s Office to discuss how to best meet budget targets that call for base budget reductions of 5 percent or 10 percent, depending on agency size.

General fund revenues are tracking slightly ahead of forecast, and oil production and oil tax revenues both are exceeding projections. Yet even after reducing the general fund budget by an unprecedented $1.7 billion for the 2017-2019 biennium, ongoing general fund expenditures still exceed ongoing revenues by $800 million, Burgum noted. And with reserve funds significantly depleted after being used to balance the budget last session, options for closing the revenue gap are limited.

“While we have reasons to be cautiously optimistic, our modest projected growth won’t be enough to bring general fund revenues in line with ongoing expenditures. Without significant change, our budget will remain structurally imbalanced,” Burgum said. “Making significant changes will require new approaches and processes, sharing services and working collaboratively across agencies.”

In addition to the required 5 percent or 10 percent base budget reduction, Burgum is asking agencies to identify an additional 3 percent reduction as a contingency against volatile commodity prices. The budget guidelines exclude major grant programs such as K-12 State School Aid and Medicaid from budget limit calculations.

“Despite our revenue volatility, we have a commitment to funding our priorities,” Burgum said.

Burgum said any effort to balance revenues and expenditures must include a comprehensive analysis of both people and processes, noting salaries and benefits comprise more than 50 percent of the state’s operating budget. Therefore, agencies are being asked to submit a base budget with a 5 percent reduction in current budgeted 2017-19 FTE levels, regardless of funding source. This doesn’t apply to higher education institutions, which will adjust their own FTEs based on overall strategy and their evolving financial models. Agencies with fewer than 20 authorized FTEs also are excluded from this requirement.

The 5 percent reduction target in FTEs can be part of an agency’s strategy to reach their overall 5 percent or 10 percent budget reduction, Burgum said, noting 5 percent is less than half of state government’s normal attrition rate in a given year.

Talent attraction and retention must be at the forefront of decision making, the governor said.

“To retain existing team members, we need to ensure that we preserve the ability to reward performance, including providing overdue salary increases in the next biennium,” he said.

The governor's written budget guidelines address and PowerPoint presentation are posted on OMB's website at https://www.nd.gov/omb/omb-home/news/governor-burgum-outlines-strategic-budget-direction-2019-21-2018-04-18-1400. A video of the address is posted on the Governor's Facebook page at https://www.facebook.com/GovernorDougBurgum/.