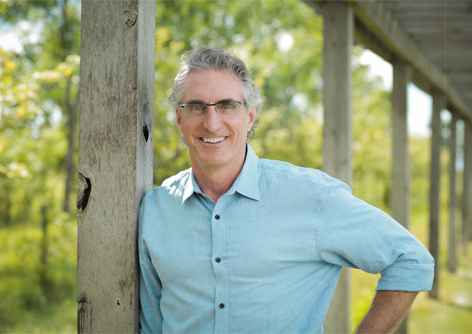 Burgum’s small-town upbringing and agricultural roots laid the foundation for his shared values of respect for the past, gratitude for the present and inspiration for the future.

Driven by a strong belief in North Dakota’s people and a powerful dream, he returned to his home state and helped lead Great Plains Software from a small startup company in 1983 into an award-winning tech firm that employed thousands of team members from more than 220 cities across North Dakota.

Burgum led Great Plains as CEO through its initial public offering in 1997 and acquisition by Microsoft Corp. in 2001. He remained at Microsoft as senior vice president through 2007, helping the company stake a leading position in the global business applications software industry.

In 2008, Burgum co-founded Arthur Ventures, a venture capital firm that invests in ambitious, mission-driven software companies. The success of those people and businesses guided by Burgum’s leadership and inspiration has created billions of dollars of shareholder wealth and thousands of jobs.

Born August 1, 1956, Burgum grew up in Arthur, N.D. He has maintained his commitment and connection to his roots through family farm partnerships, by serving as a member for Arthur Companies, Inc., a diversified agribusiness company founded by his grandparents in 1906, and through a ranching partnership in the Badlands of western North Dakota.

Burgum graduated with a bachelor’s degree in university studies from North Dakota State University in 1978. He earned a master’s of business administration from the Stanford University Graduate School of Business in 1980.

Burgum is married to Kathryn Burgum and has two sons, Joe and Tom, and a daughter, Jesse.