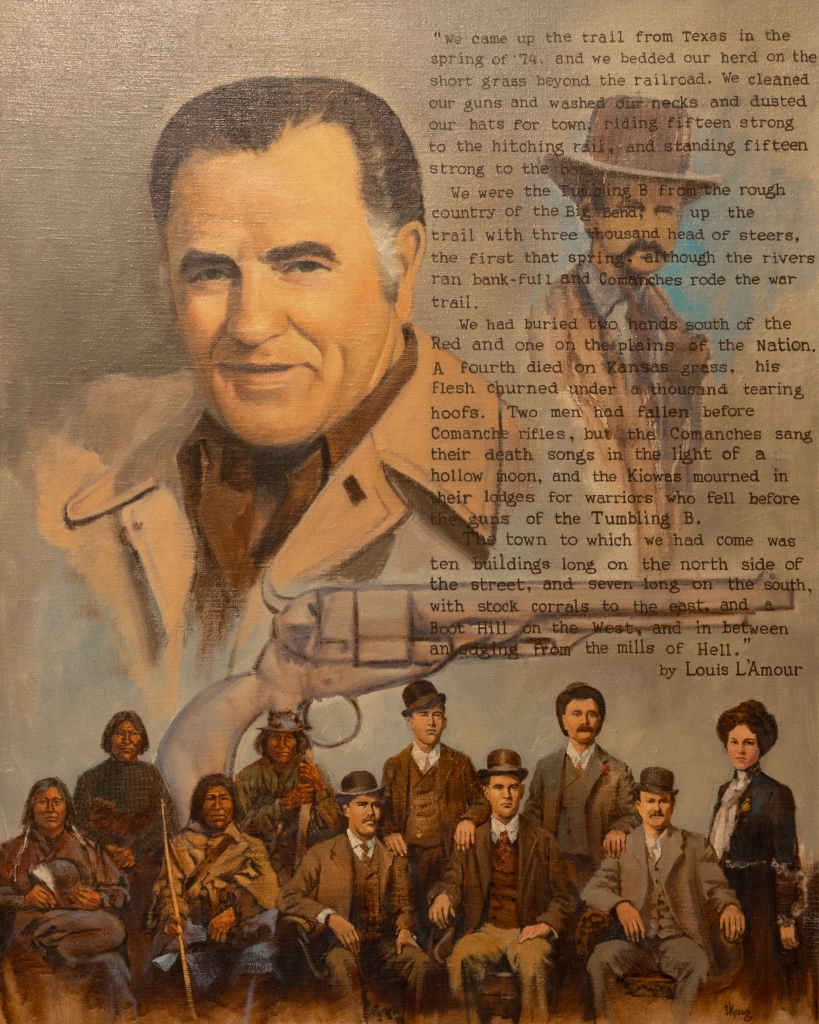 An award winning western author and screenwriter, Louis L'Amour published more than 400 short stories and over 100 novels. He wrote 65 TV scripts, and sold over 30 stories to the motion picture industry, including "Hondo", starring John Wayne.

L'Amour was born in Jamestown, North Dakota, on March 22, 1908. At 15, he joined a circus and later worked in mining and lumber camps. He was a prizefighter and traveled throughout the world. During World War II, he was an officer in the Army Tank Corps. He was a self-educated man, whose hobbies included archaeology and the study of wildlife.

L'Amour's books have been translated into ten languages. He produced the movie "Catlow," along with writing for the film screen. In addition to his prose, he has also written a volume of poetry entitled Smoke From the Altar.