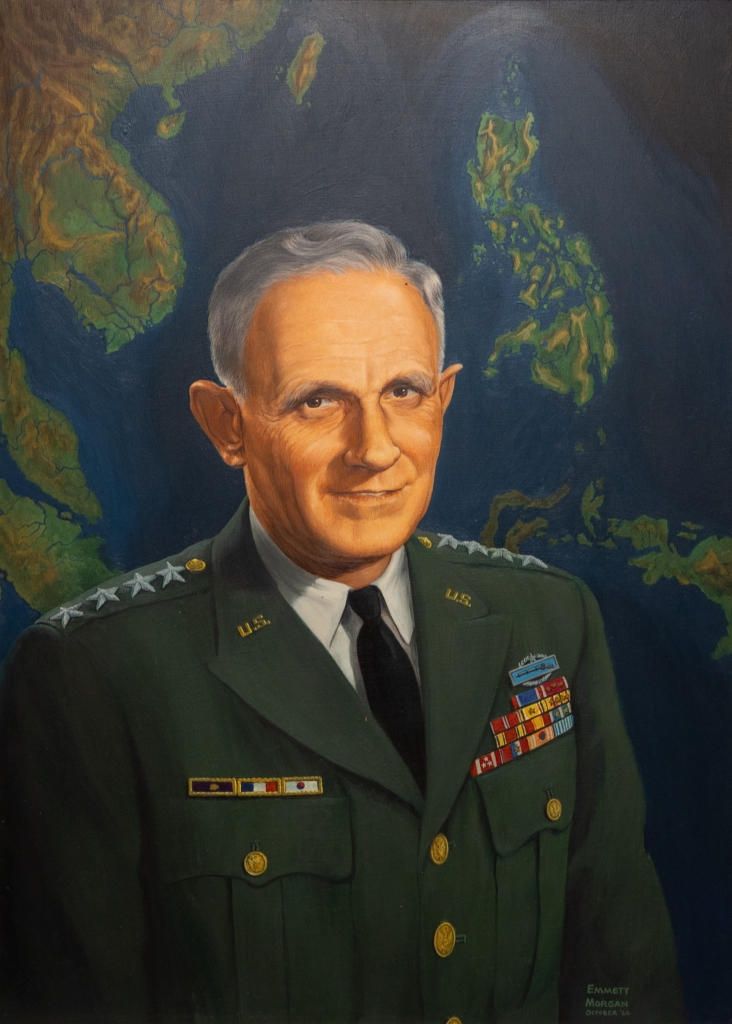 A professional soldier, who became Chief of Staff of the United States Army in 1965, General Harold Johnson was the youngest man to hold the position since General Douglas MacArthur.

Johnson was born in Bowesmont, North Dakota, in 1912. He graduated from Grafton High School in 1929, and West Point Military Academy in 1933.

Captain Johnson was operations officer for the 57th Infantry in Manila, prior to the Pearl Harbor attack by Japan. The 57th was ordered to Bataan where the Japanese were engaged. Johnson was promoted to major and then lieutenant colonel and given command of the battalion. After a surrender to the superior Japanese force, Johnson and the 57th were forced on the Bataan Death March, which claimed 8,150 prisoners.