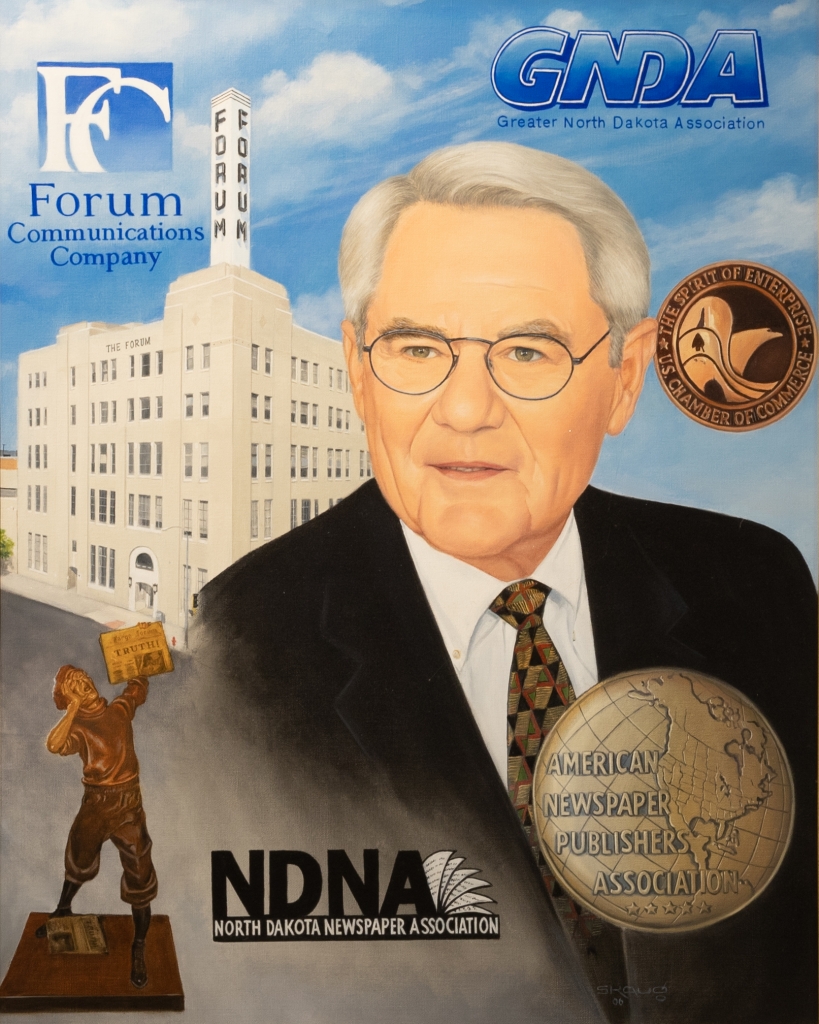 William C. Marcil is a visionary state and national leader who has defined his career and business success with a steadfast commitment to respect, integrity and responsibility. Getting his start as a young retail advertising salesman, Marcil quickly became a prominent leader in the state's newspaper industry as publisher of The Forum, and later, as president and chief executive officer of Forum Communications Company, a multi-media company based in Fargo.

A native of Rolette, Marcil graduated from the University of North Dakota in 1958, and then served in the U.S. Army and Reserves. In 1960, he married Jane Black, daughter of Norman D. Black, Jr., who was publisher of The Forum at the time. He began his newspaper career at The Forum in 1961 in retail advertising, and over the next eight years, worked his way up through the company, eventually becoming its president and publisher in 1969. Marcil placed a strong emphasis on public trust and consistently demonstrated a deep passion for publishing the best possible newspaper for the consumer.

Under Marcil's leadership, Forum Communications Company has retained its identity as an independent, family-owned publishing business, with deep roots in its community, while growing and diversifying into a multi-state, multi-media company. Forum Communications now includes more than 30 daily and community newspapers, as well as broadcasting, interactive media and commercial printing in North Dakota, South Dakota, Minnesota and Wisconsin.

Throughout his career, Marcil has had an impact on a national level, as well. He was the first North Dakotan to be elected chair of the American Newspaper Publishers Association, now known as the Newspaper Association of America. He has also been a strong advocate for business growth in general, and served as chairman of the U.S. Chamber of Commerce.

Marcil has had a significant impact on North Dakota and has achieved national recognition in his professional and personal endeavors, reflecting credit and honor upon the citizens of this great state.