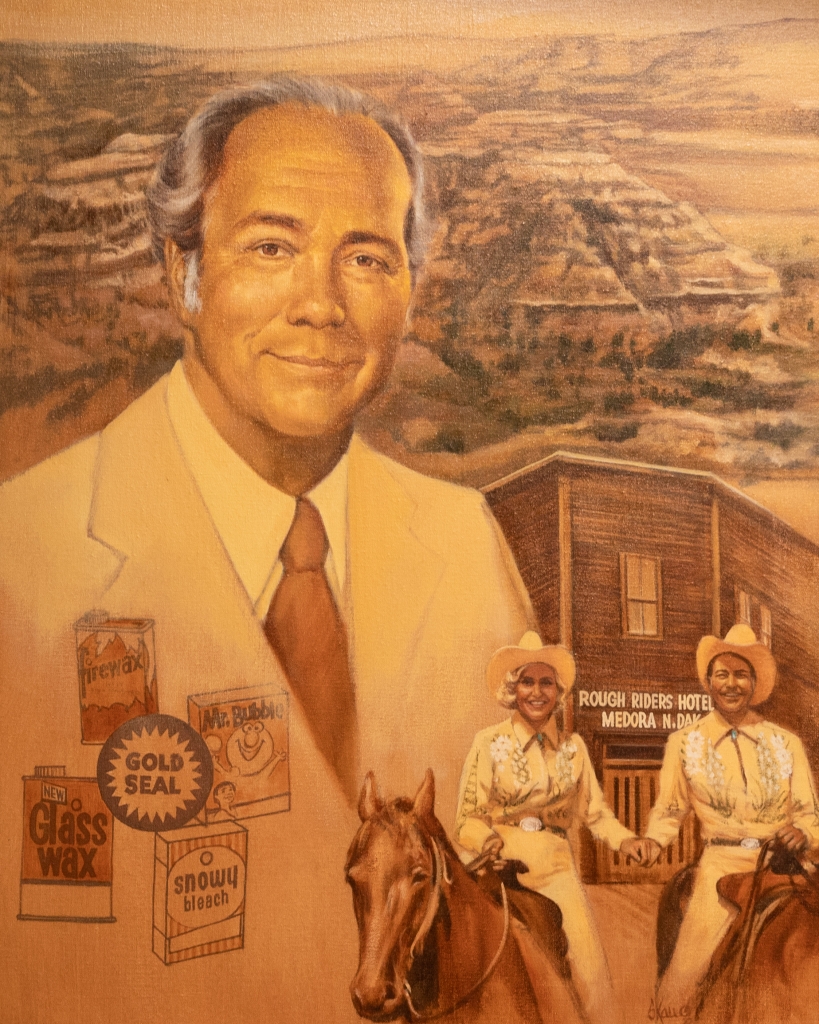 Creator and Chairman of the Board of Gold Seal Company, Harold Schafer is the founder of North Dakota's largest home-owned business. He was the youngest-ever recipient of the Horatio Alger Award and is also responsible for restoration and development of Medora, one of North Dakota's leading tourist attractions.

Schafer was born in Stanton and attended public schools at Stanton, Hazen, Killdeer, Glen Ullin and Jamestown. He graduated from Bismarck High School in 1929 and attended North Dakota State University in Fargo.

Before founding the Gold Seal Company on May 1, 1942, Schafer traveled western North Dakota working for several Bismarck firms. At the time of its founding the company was regional, but soon the Gold Seal products, among them Glass Wax, Mr. Bubble and Snowy Bleach, became known worldwide. The company was sold to Airwick Industries in 1986, but several of the original Gold Seal products can still be found on supermarket and drugstore shelves today.

Schafer is founder of the Theodore Roosevelt Medora Foundation, the organization that owns and operates the majority of attractions in Medora, including the famous Medora Musical, which entertains nearly 125,000 visitors each season.