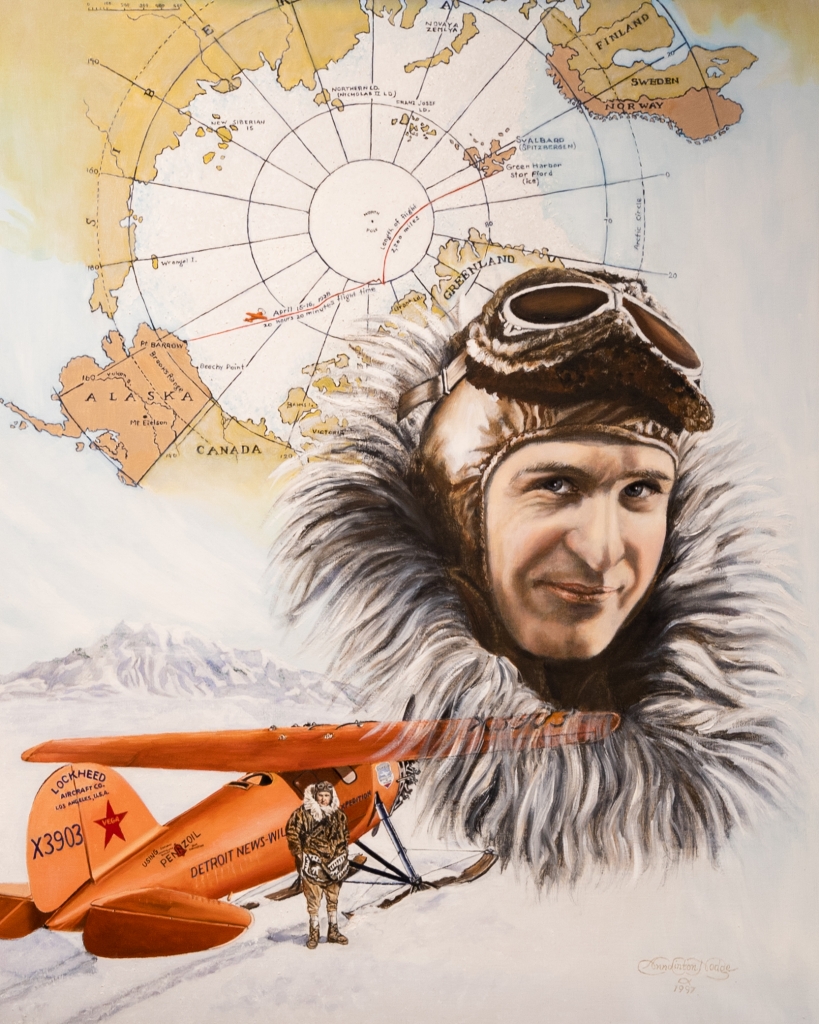 Pioneer aviator, Carl Ben Eielson, was born and raised in Hatton, North Dakota. After studying at the University of North Dakota, he enlisted in the Army Air Service in 1917 and completed pilot training.

Following his father's advice, Eielson enrolled in law school at Georgetown University in 1921, abandoning his passion for flying. While in Washington, he became friends with an Alaskan representative in Congress, and was offered a job at a high school in Fairbanks, Alaska. He quickly realized the value aviation could have for the remote land, ordered a plane and began flying passengers and supplies throughout the northern territory.

Known as the "Father of Aviation" in Alaska, Eielson piloted the first airmail route in 1924. He was later introduced to Captain George Hubert Wilkins and the two together earned international acclaim for their non-stop, 2,200 mile flight over the North Pole on April 15, 1928. In September of the same year, Wilkins and Eielson completed a 1,200 mile flight in the Antarctic, where they discovered six new islands.

In 1929, President Herbert Hoover granted Eielson the Harmon Trophy, presented annually to the outstanding aviator of the year.

Eielson was killed while attempting to rescue passengers and cargo from an ice-bound ship in the Bering Strait. He is the first individual to receive the Rough Rider Award posthumously.