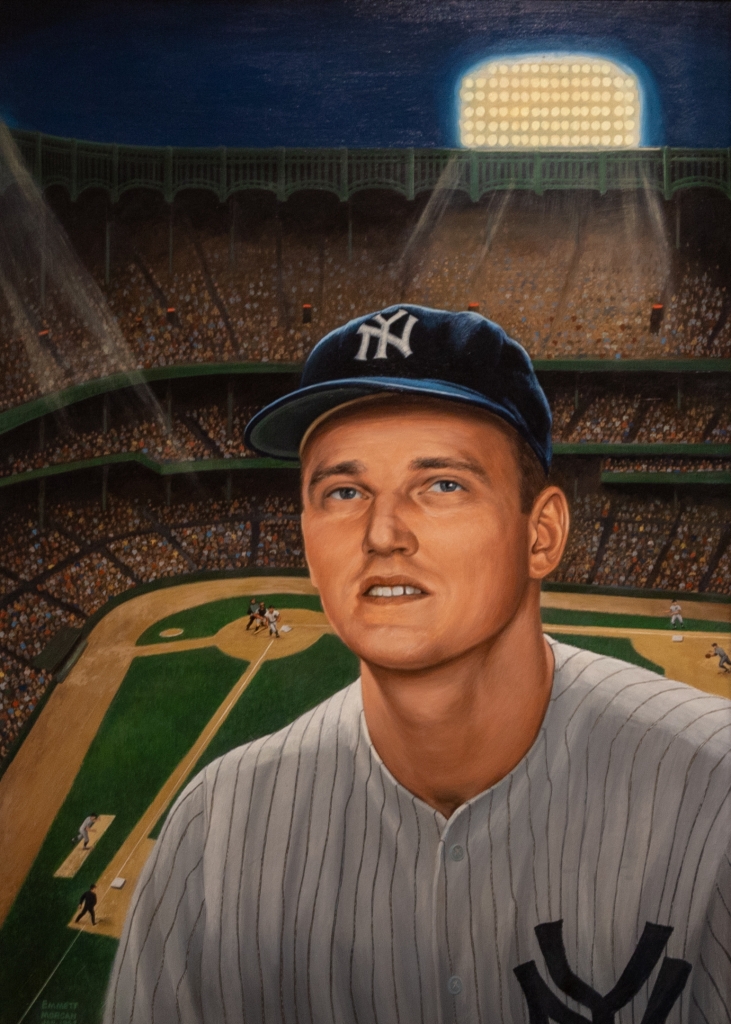 Roger Maris was Baseball's Single-Season Home Run King from 1961-1998. He hit 61 home runs during the 1961 season while he was a member of the New York Yankees. Maris also played for the Cleveland Indians, Kansas City Athletics, and St. Louis Cardinals.

Raised in Fargo, North Dakota, Maris was a football and basketball star at Shanley High School. He played in the American League after trying out with the Chicago Cubs. Maris began playing for the Cleveland Indians in 1957, and hit 14 home runs. In 1958 and 1959, he hit 28 and 16 homers respectively, while playing for Kansas City. Maris was traded to the Yankees in 1960, and his legend began. He was voted Most Valuable Player in the American League that year, after hitting 39 home runs with 112 RBIs. The year 1961 saw Maris blast 61 home runs, one more than Babe Ruth hit in a season, and again Maris was named MVP.

Maris held the major league home run record until 1998, when Mark McGwire of the St. Louis Cardinals broke it.