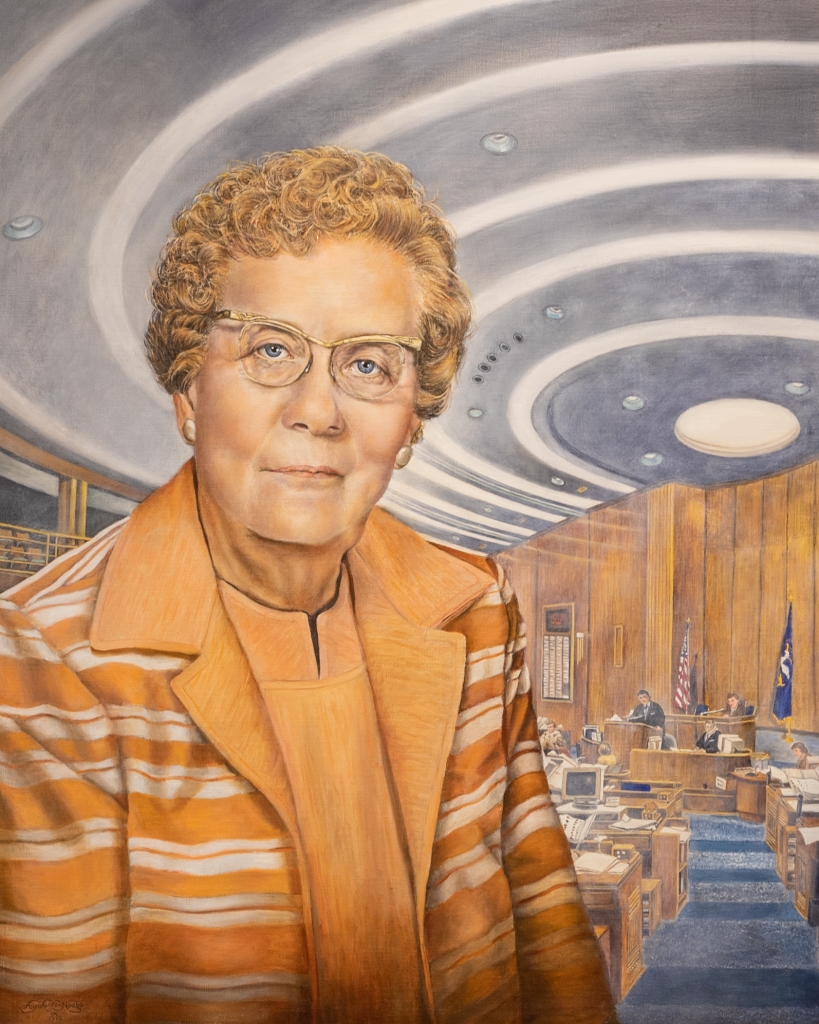 With her retirement in 1990, Brynhild Haugland was the longest serving incumbent state legislator in the nation, with 52 years in the North Dakota House of Representatives. Former First Lady Eleanor Roosevelt in 1954 wrote in the book Ladies of Courage, "Go down the list of laws passed by the North Dakota legislature in the last 15 years to help meet the farmer's problems and improve his living conditions, and you will find that Brynhild Haugland had a hand in every one of them." Haugland was also instrumental in developing legislation in the 1940s that created a medical care program that other states have modeled. She cast an estimated 22,000 votes during her state service.

Haugland was born in Ward County near Minot, North Dakota, the daughter of Norwegian immigrant parents. She taught in Ward County schools from 1923-25, before leaving to help run her parents' farm. In 1928, she received a teaching certificate from Minot State Normal School, now Minot State University. In 1988, she was recognized as one of two top award winners in the Public Service category of the Council of Advancement and Support of Education (CASE). Haugland served on the board of directors of the International Peace Garden from 1953 until the time of her death.