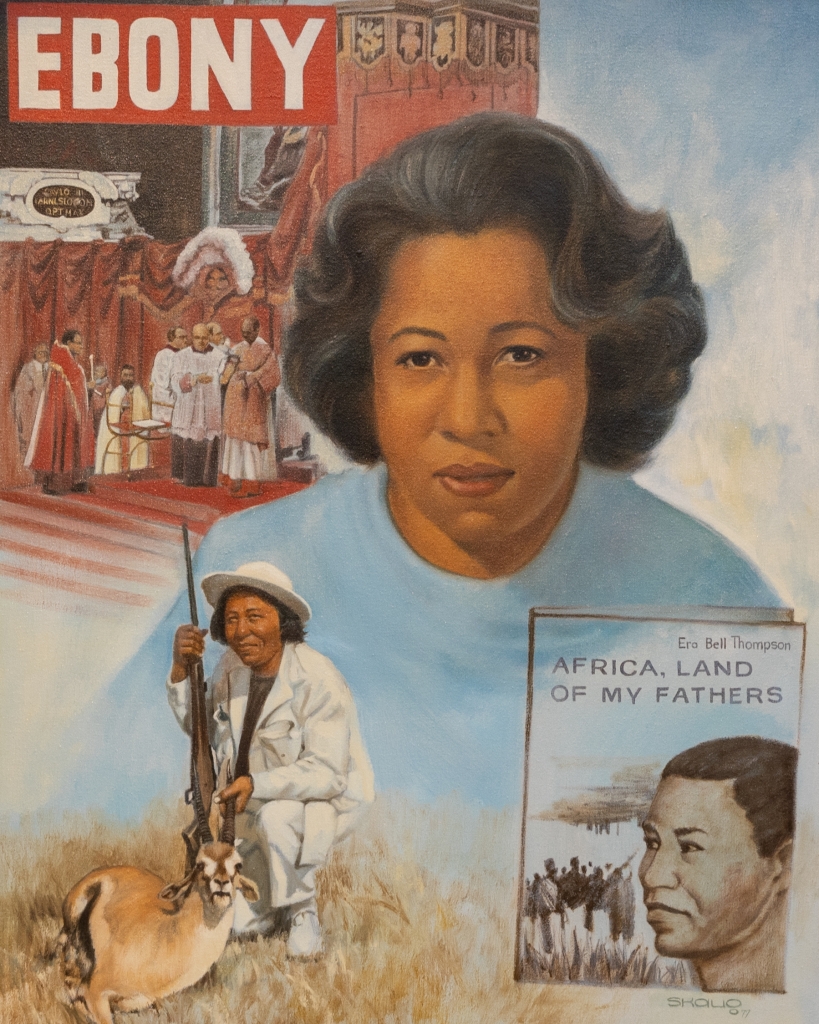 Former international editor of Ebony magazine, Era Bell Thompson grew up in North Dakota. This noted journalist and author has written several books including American Daughter, which tells the story of her youth in North Dakota.

Thompson was born in Des Moines, Iowa, and in 1917, moved with her family to the Driscoll area where she attended school. She later studied at the University of North Dakota, where she established five state women's track records and tied two national intercollegiate women's track records. She graduated from Morningside College in Sioux City, Iowa.

Thompson served as associate editor of Ebony for four years, co-managing editor from 1951 to 1964, and was then international editor of Johnson Publishing Company.

Era Bell Thompson is also the author of Africa, Land of My Father and White On Black.