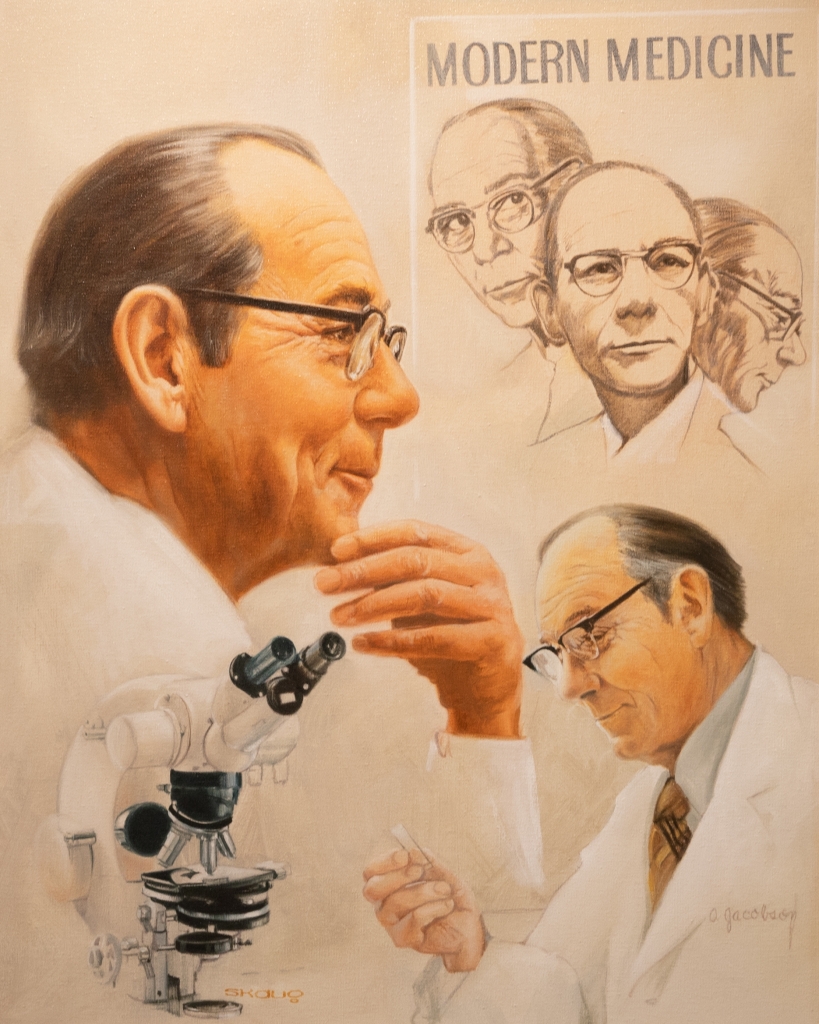 Dr. Leon Jacobson has held clinical, teaching, and research positions in the field of medical science with the University of Chicago, and served as director of the Franklin McLean Memorial Research Institute. Much of his research has dealt with modern cancer chemotherapy.

Jacobson was born in Sims, North Dakota, a small town in Morton County that no longer exists. At age 16, he began college in Fargo, North Dakota, but was forced to drop out for financial reasons. He then taught all eight grades in a two-room schoolhouse. In 1935, he received his Bachelor of Science degree at North Dakota State University and earned his medical degree from the University of Chicago in 1939.

He was a founder of the Argonne Cancer Research Hospital, now known as the Franklin McLean Memorial Research Institute.