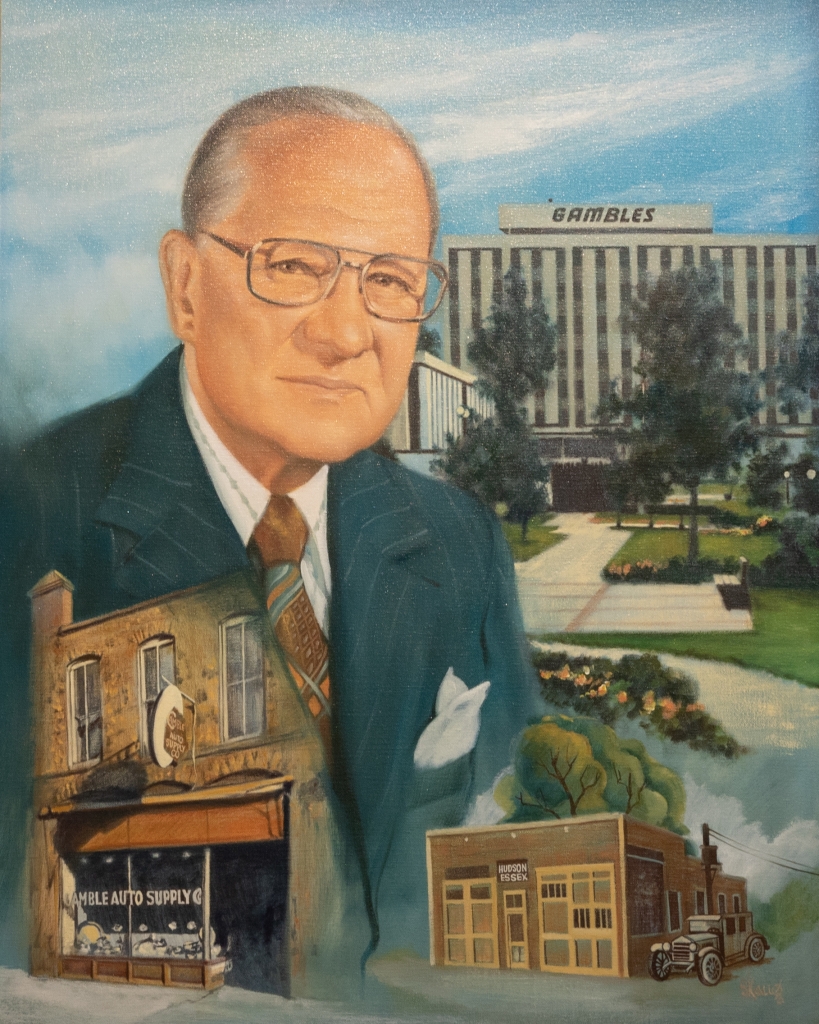 Bertin Gamble, with partner Phil Skogmo, developed nearly 4,200 merchandising outlets in 38 states and Canada, making Gamble-Skogmo one of the largest retailers in the nation.

Born in Chicago in 1889, Gamble claimed North Dakota as home, since he was raised and attended school here. He lived with his family in Hunter, North Dakota, and later in nearby Arthur. It was there, at the age of seven, that he met Phil Skogmo who would be his future partner.

After finishing high school, Gamble went to Minneapolis where he worked and attended business school. He and Skogmo purchased an auto dealership in Fergus Falls, Minnesota, and prospered.

In 1925, the first Gamble-Skogmo store opened in St. Cloud, Minnesota. The second and third stores opened in Fargo and Grand Forks, North Dakota, respectively. Their business survived many financial crises, including the depression of the 1930s. Gamble was company president at Gamble-Skogmo from 1925-45 and was chairman of the board until his retirement in 1977. The company was acquired in 1980 by the California based Wickes Corporation.