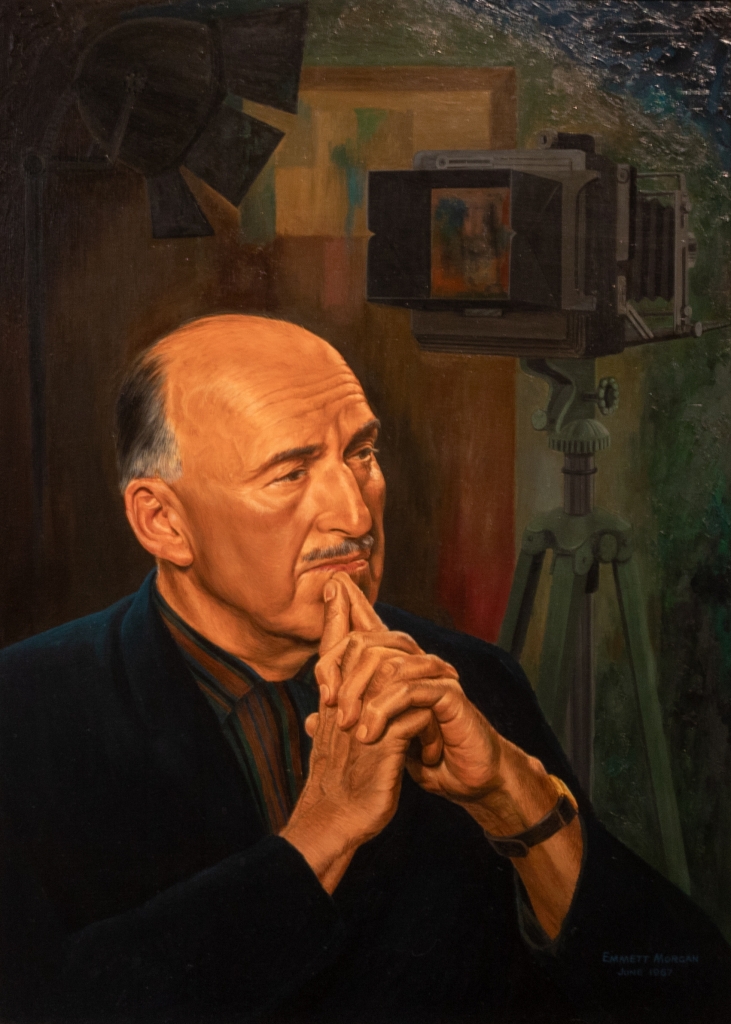 Gaining international fame for his sensitive portrayals in color photography, etchings and watercolors, Ivan Dmitri's work has been exhibited in nearly every major art museum in the western world.

Born Levon West, he moved throughout North Dakota during his youth, as his father was a Congregational preacher. He graduated valedictorian of his high school class at Harvey, North Dakota, taught school for a year, and enlisted in the United States Navy. After World War I, West received a scholarship to the University of Minnesota where, despite his interest in art, he studied business administration at his father's insistence.

His first break as an artist came with the publication of his etching of "The Spirit of St. Louis" upon Charles Lindbergh's arrival in Paris. The etchings of Levon West soon were in great demand.

His interest in photography brought recognition in the new medium and in order to separate his two artistic fields and protect those that had purchased his etchings, West took the name of Ivan Dmitri for his photographic work.

In 1959, Dmitri, in an effort to gain acceptance of photography as an art medium, founded Photography in the Fine Arts.