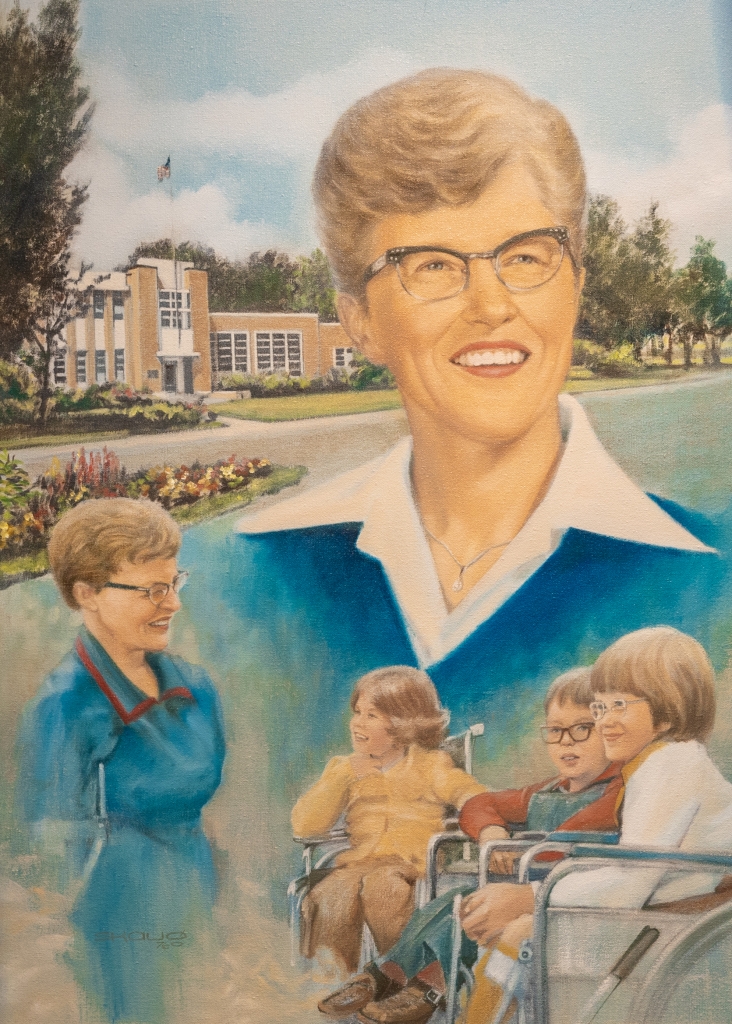 Superintendent of the Crippled Children's School in Jamestown, North Dakota, Dr. Anne Carlsen was born without hands or feet. Nevertheless, her great courage and keen intellect enabled her to earn a Doctor of Philosophy degree and international honors.

Carlsen accepted her first teaching position at the Good Samaritan School in Fargo, North Dakota, a Lutheran school for crippled children. She continued her education, earning an M.A. from Northern University of Colorado in 1946, and a Ph.D. from the University of Minnesota in 1949. The following year she was named superintendent of the Crippled Children's School in Jamestown, which is now named the Anne Carlsen Center for Children. Under her guidance, the school, established in 1940, has gained national recognition.