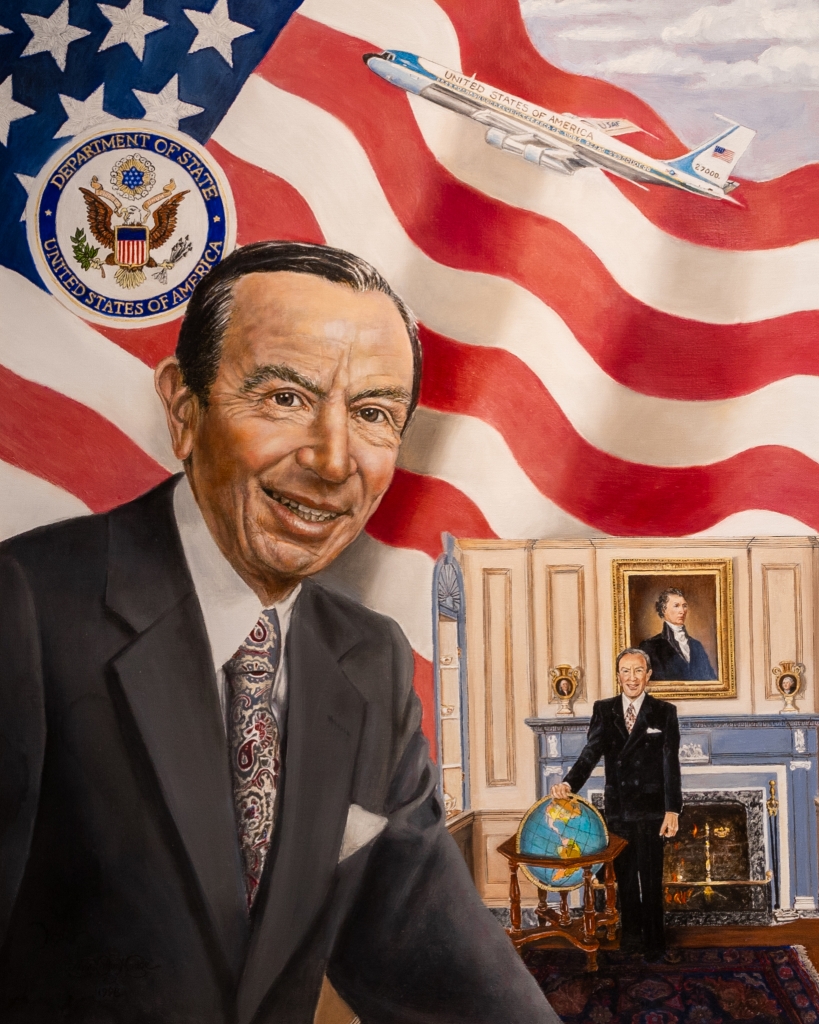 After law school, Christopher clerked for U.S. Supreme Court Justice William O. Douglas for one year. He joined the O'Melveny & Myers law firm of Los Angeles in 1950, became partner in 1958, and he has worked with that firm for 37 years in between several prestigious federal executive branch appointments.

Christopher served as deputy secretary of state in the Carter Administration. In that position, he led negotiations for the release of 52 American hostages in Iran, spearheaded the normalization of relations with China, helped to win ratification of the Panama Canal treaties, and headed the first interagency group on human rights. President Carter awarded him the Medal of Freedom on January 16, 1981.

In 1993, Christopher was sworn in by President Bill Clinton as the 63rd Secretary of State. During his four years of service, he logged 780,000 miles representing the United States abroad, more miles than any Secretary of State in a comparable period. At a ceremony honoring his retirement from public service President Clinton said, "The cause of peace and freedom and decency have never had a more tireless or tenacious advocate..."