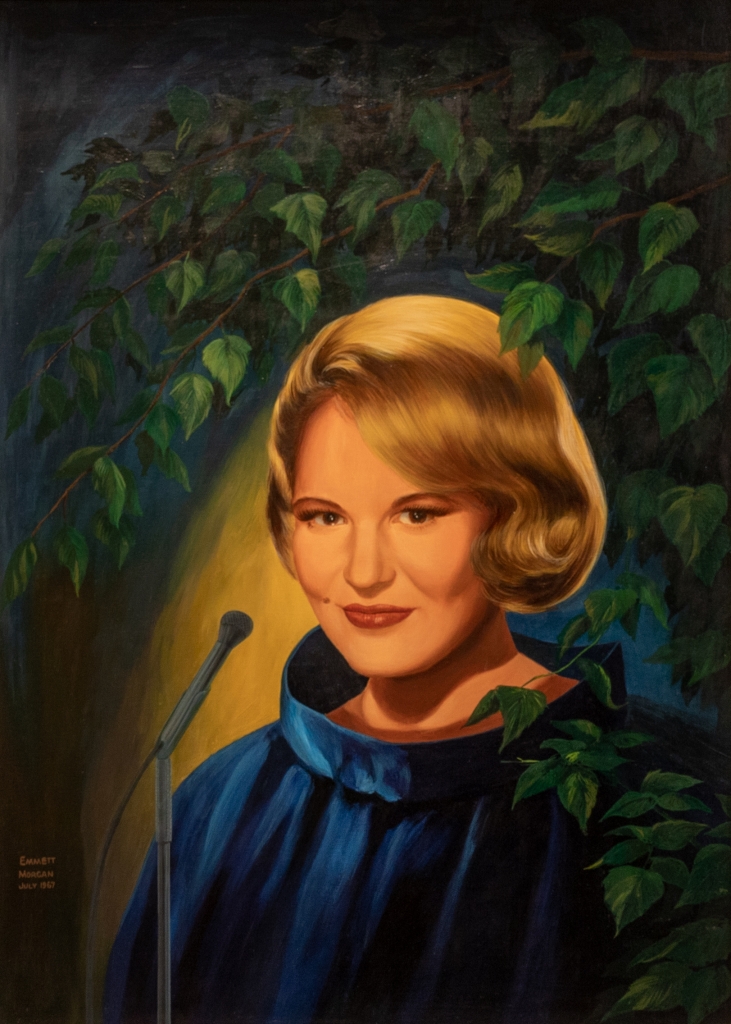 As a motion picture actress and singer with distinctive "rhythm and blues" style, Peggy Lee quickly established herself as one of the most brilliant performers in the field of popular music.

Born Norma Delores Egstrom in Jamestown, North Dakota, on May 26, 1920, Peggy Lee was one of eight children. She received much encouragement and recognition for her singing in school and church choirs. In 1938, after graduating from high school, she went to Hollywood, California, but later returned to Fargo and worked for WDAY radio. She moved to Minneapolis, where she met and began touring with the Will Osborne Band, and later with Benny Goodman.

Lee has also written music and lyrics, both for herself and the movie industry. She has published a book of verse entitled Softly with Feeling.

Lee starred in several films with Bing Crosby and Danny Thomas and was nominated for an Academy Award.