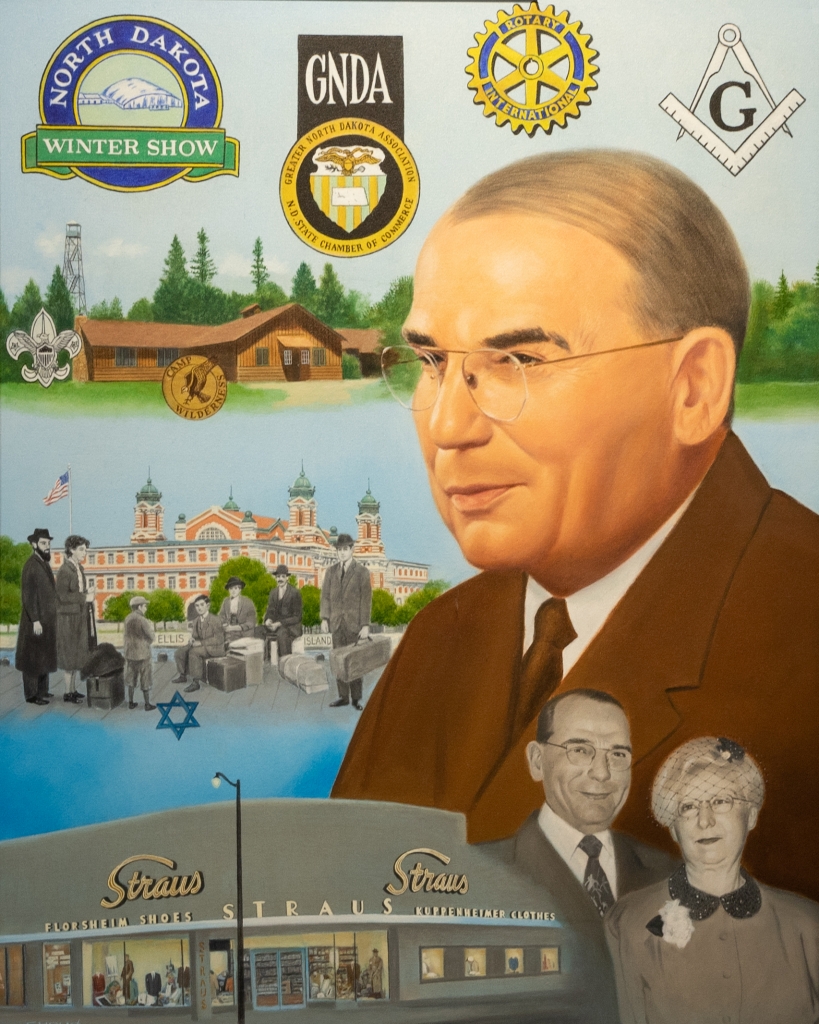 Businessman and visionary leader Herman Stern was born in Oberbrechen, Germany in 1887. He came to America at the age of 16 to work at the Straus Clothing Store in Casselton, a clothing store established by his cousin, Morris Straus. In 1910, Herman became manager of the company’s second store located in Valley City, where he remained for the next 70 years. In addition to Casselton and Valley City, the company operated stores in LaMoure, Carrington, Grand Forks, Jamestown and Devils Lake. Today, after more than 130 years of operation, Straus Clothing has a store in Fargo with a third generation of Stern family members running the business.

In 1937, under Herman’s vision and direction, the North Dakota Winter Show made its debut in Valley City, and today, is the oldest and longest running agriculture show in the state, drawing visitors and exhibitors from across the country and Canada. He was active with Boy Scouts of America and was instrumental in establishing councils in Fargo, Valley City, Wahpeton and Grand Forks, and raising money to build Camp Wilderness, a 2,400-acre camp in Minnesota that focuses on character building, citizenship training, and physical and mental fitness.

With family and friends in Germany during the rise of Adolf Hitler and the Nazi Party, Herman became worried about their welfare and embarked on a mission to bring them to America. With assistance from state and federal leaders, he made it possible for between 175 and 200 German Jews to escape the Holocaust and come to America.

Herman was also active in Rotary and the Masonic Order, and was instrumental in establishing a program called the Community Chest. That program later became the United Way of Barnes County, another of his visions that is still impacting people today.