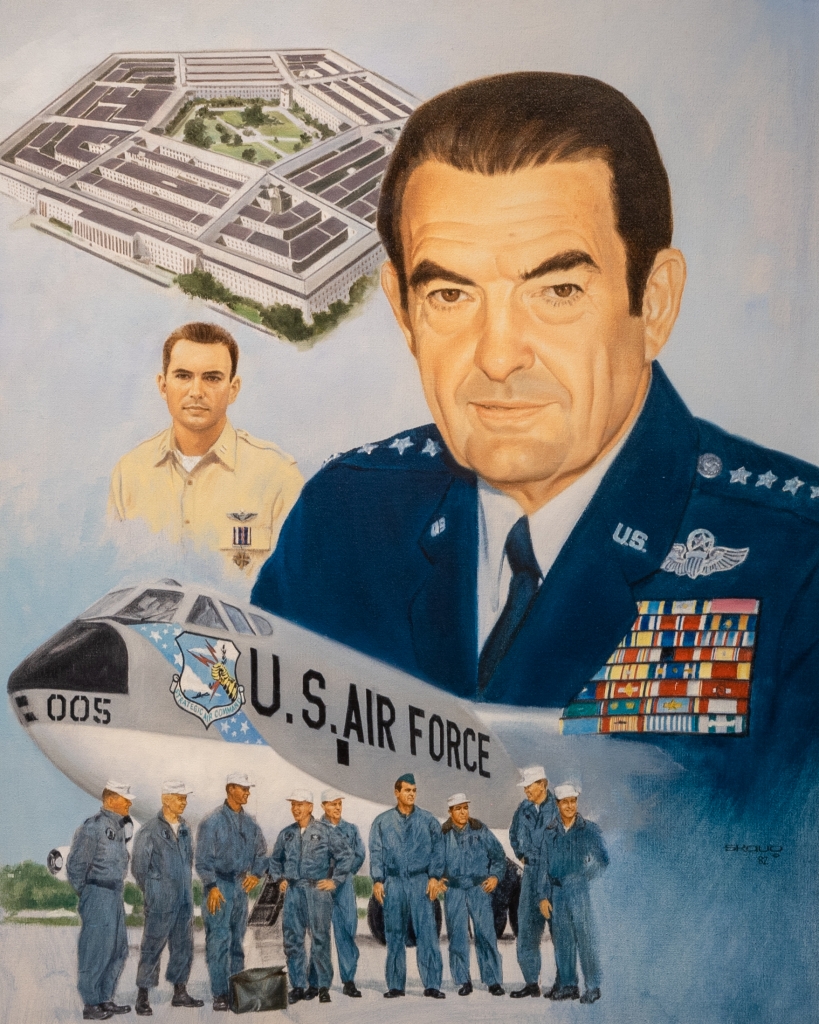 Appointed Chairman of the Joint Chiefs of Staff in 1978, General David C. Jones was re-appointed to a second two-year term in 1980. In this capacity, he served as the senior military advisor to the President, the National Security Council and the Secretary of Defense. He was also responsible for executing the decisions of the National Command Authority regarding worldwide readiness and employment of combat forces of the United States Army, Navy, Air Force and Marine Corps. Prior to his appointment, General Jones served four years as Chief of Staff of the United States Air Force.

Jones served as inspector, operator, planner and Commander in Chief of the United States Air Forces in Europe. He also served as Commander of the Fourth Allied Tactical Air Force and led the way toward establishing the integrated air headquarters in the North Atlantic Treaty Organization's Central Region, Allied Air Forces, Central Europe.

Raised in Minot, North Dakota, and a graduate of Minot High School, Jones attended the University of North Dakota and Minot State College until the outbreak of World War II. He entered the Army Air Corps and began aviation training in 1942, receiving his commission and pilot wings in February 1943. He is also a graduate of the National War College in Washington, D.C.