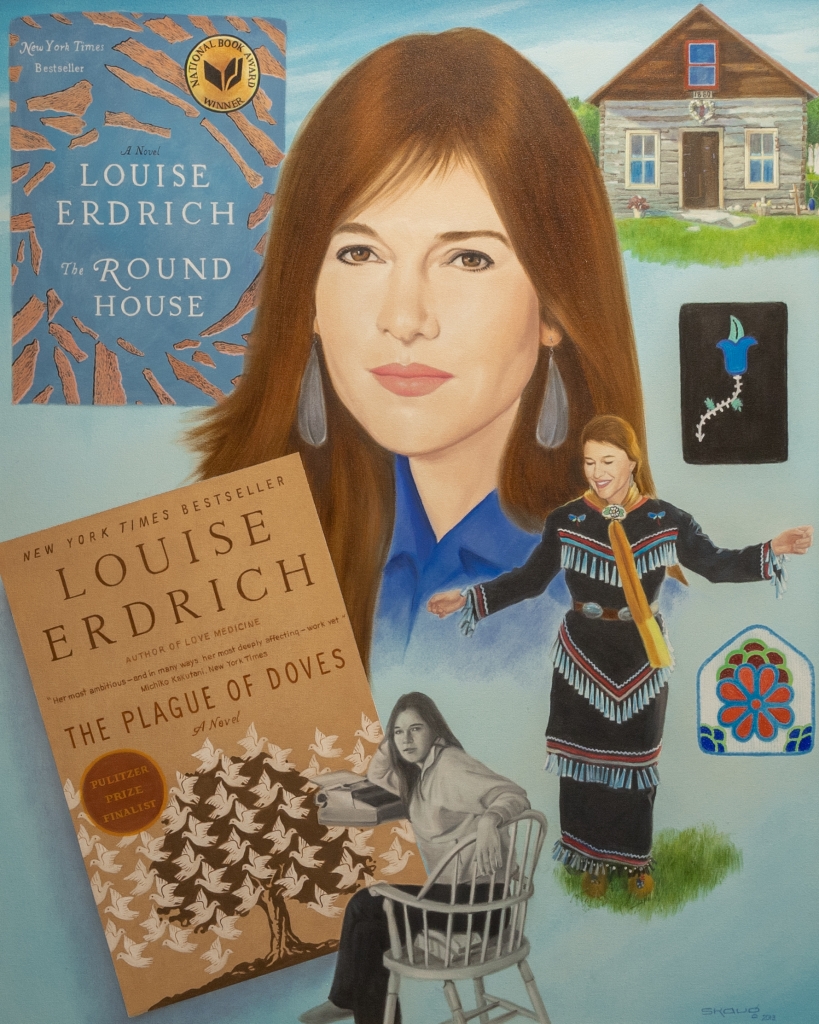 Louise Erdrich is an internationally-acclaimed author and prominent literary figure who has numerous professional achievements and philanthropic contributions to her credit. The oldest in a family of seven children, Karen Louise Erdrich was born in Little Falls, Minnesota, in 1954, and grew up in Wahpeton, North Dakota, where her parents worked for the Bureau of Indian Affairs School. She is a member of the Turtle Mountain Band of Chippewa.

Louise graduated from Dartmouth College and received a master of fine arts degree from Johns Hopkins University. She is the author of 14 novels, as well as volumes of poetry, children’s books, and a memoir of early motherhood. Her novel Love Medicine (1984) won the National Book Critics Circle Award. The Last Report on the Miracles at Little No Horse was a finalist for the National Book Award. The Plague of Doves (2008) won the Anisfield-Wolf Book Award and was a finalist for the Pulitzer Prize in 2009. In November 2012, Louise won the National Book Award for her novel, The Round House.

Louise lives in Minnesota and is the owner of Birchbark Books, a small independent bookstore in St. Paul. In an interview with Bill Moyers, Louise credited her achievements to the support of a widely extended loving family, to her parents, and to “a small, incremental, persistent, insect-like devotion to putting one word next to the next word.  It’s a very dogged process.”  In one of her poems, “Advice to Myself,” Louise wrote, “Pursue the authentic. Decide first what is authentic, then go after it with all your heart.”