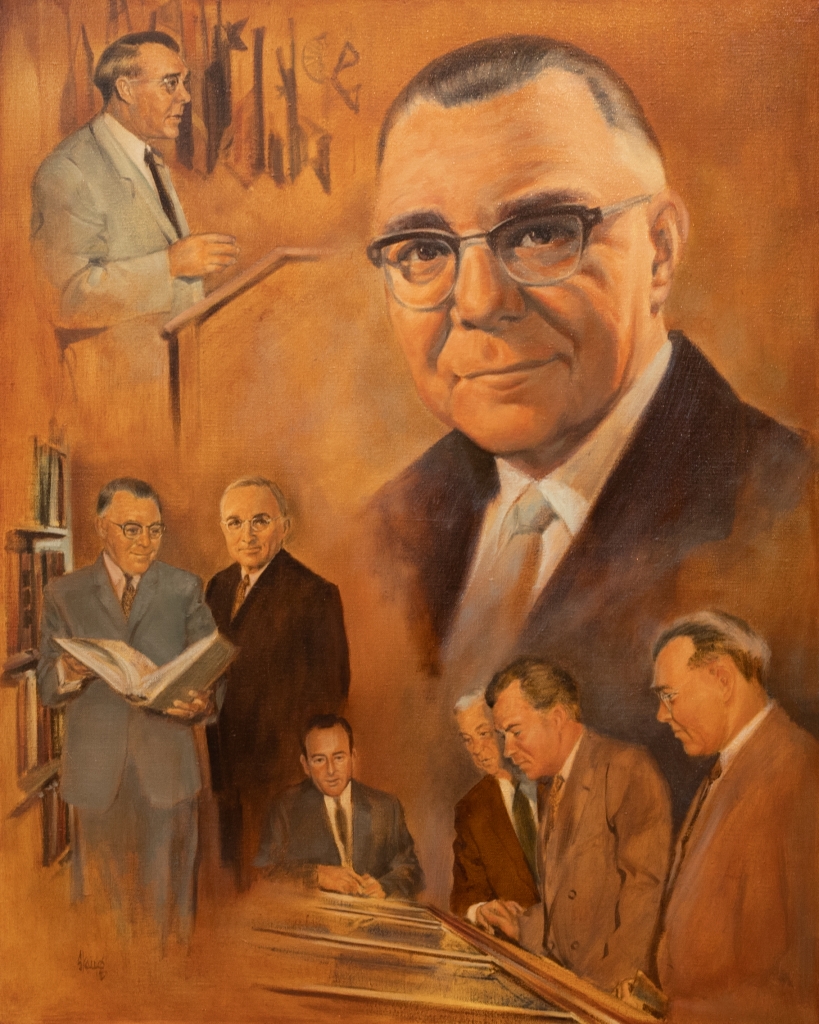 Dr. Robert Bahmer was the fourth United States Archivist (1966-1969) in our Nation's history. He headed the National Archives and Records Service and directed the offices of the Hoover, Roosevelt, Truman and Eisenhower Presidential Libraries.

Bahmer was born near Gardena, North Dakota, on September 27, 1904. He attended high school at Omemee, and spent a year at the University of North Dakota. He later transferred to Valley City State Teachers College where he received a B.A. degree in 1928.