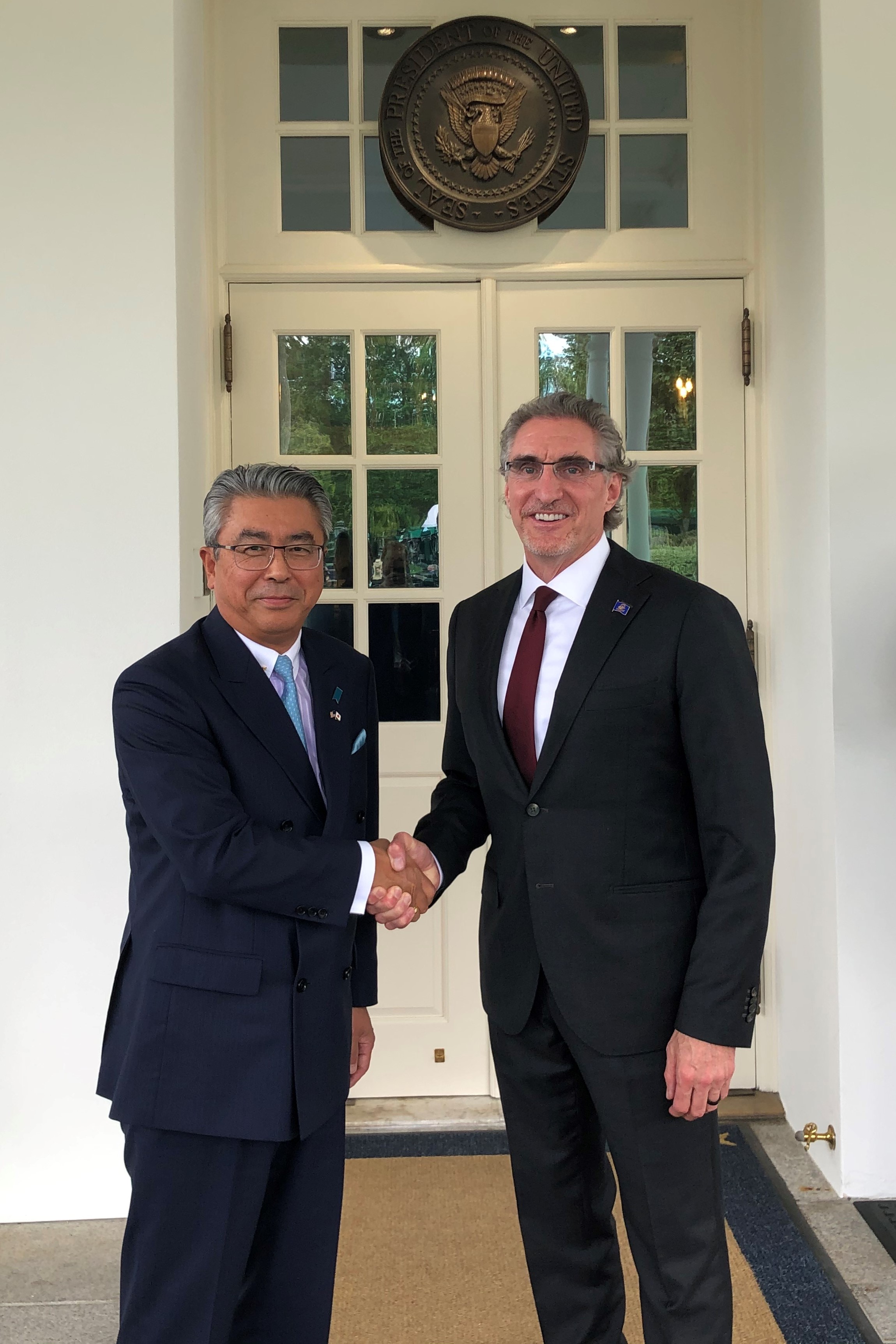 “These trade agreements with Japan are strengthening our relationship with a key ally while opening the door to further trade deals with the island nation,” Burgum said. “By eliminating or reducing tariffs on $7.2 billion of U.S. food and agricultural products, this trade pact will improve market access for the quality goods produced by our farmers and ranchers, including wheat, barley and beef. It also sets high standards for digital trade in an increasingly tech-driven economy. We’re grateful to President Trump, Ambassador Lighthizer and the administration for finalizing this trade deal, and we urge Congress to approve the U.S.-Mexico-Canada Agreement to give our ag producers, tech sector and manufacturers another economic boost.”

Burgum also expressed his gratitude to Ambassador Sugiyama, who met with Burgum at the National Governors Association in July 2018 and last February and at the Midwest U.S.-Japan Association’s 50th annual conference in September 2018 in Omaha, Neb. At the conference, which promotes trade and cooperation between the two countries, Burgum met with leaders from multiple areas of the Japanese government, including Sugiyama and prefecture governors, along with several industry leaders, highlighting trade opportunities and areas for investment in North Dakota. Last year marked the first year of North Dakota’s involvement in the Midwest U.S.-Japan Association.

“Reconnecting with Ambassador Sugiyama today was a pleasure, and we look forward to working with him to expand trade between our two countries and supply even more North Dakota goods to Japan’s 127 million people,” Burgum said.

Japan is North Dakota’s fifth-largest export market overall and the United States’ third-largest export market for agricultural goods. Under the trade agreement signed today, more than 90 percent of U.S. food and agricultural imports into Japan will either be duty-free or receive preferential tariff access once the agreement is implemented, giving U.S. farmers and ranchers the same advantage as other Trans-Pacific Partnership countries selling to the Japanese market.

Exports of wheat and barley to Japan, valued at $800 million last year, will benefit from a reduced mark-up. North Dakota was the nation’s top wheat producer and No. 3 barley producer in 2018, according to the U.S. Department of Agriculture. Tariffs on fresh and frozen beef and pork also will be reduced in stages, while ethanol, processed pork, beef offal, frozen potatoes and several other products will benefit from staged tariff elimination.