BISMARCK, N.D. – A U.S. Army identification tag belonging to a soldier from North Dakota who lost the tag when he was wounded by a grenade in the Vietnam War more than 50 years ago was returned to the soldier’s widow today after the tag resurfaced in Russia.

Gov. Doug Burgum presented the tag to Ruth Hepper of Bismarck, whose husband, Ronald D. Hepper, died in 2007 at age 58.

Ron Hepper grew up on a ranch in Sioux County near Selfridge, N.D. After graduating from Selfridge High School in 1967, he volunteered for the draft and served a tour of duty in Vietnam with the Army’s 196th Light Infantry Brigade.

Nicknamed “Cowboy” by his fellow soldiers, Hepper had been in Vietnam just a few months when a blast from a hand grenade blew his boots off his body during combat on June 11, 1969. Hepper had kept a set of ID tags – commonly referred to as “dog tags” – in his boots, and he had loosened his boots before going to sleep that night, his wife said.

Hepper woke up in the hospital with no boots and no dog tags. He spent three months in an amputee ward, but doctors were able to save his shrapnel-filled legs. For his injuries suffered in combat, he received the Purple Heart. After his military service, he returned home to ranch near Isabel, S.D. He and his wife had moved to Bismarck to be closer to family a few months before his death in January 2007.

The dog tags ultimately were found by an American citizen traveling in Russia. The individual purchased the tags from a street vendor in Moscow and delivered them to the American Embassy in Moscow. From there they were forwarded to the U.S. Department of Veterans Affairs in Washington, D.C., which contacted the North Dakota Governor’s Office.

“We are eternally grateful for the courageous service and sacrifices made by Ron Hepper and all North Dakotans who proudly served their country in the Vietnam War, as well as their families, especially those whose loved ones never came home,” Burgum said. “While we wish we were able to return these tags to Ron himself, we are thankful for the opportunity and tremendous honor to present this keepsake to Ruth on behalf of a grateful state and nation.”

Ruth Hepper said her husband was a proud veteran who struggled with post-traumatic stress disorder and was helped by a PTSD treatment pilot program at Fort Meade, S.D.

“It speaks volumes about Ron, the fact that he was somebody that took advantage of services because he probably understood that he needed some help, and I’m guessing he helped a lot of other people along the way,” said Maj. Gen. Al Dohrmann, adjutant general of the North Dakota National Guard, who attended today’s presentation with other Hepper family members and learned about the family’s extensive history of military service. “We appreciate the entire family’s service.”

In a letter to Ruth Hepper, VA Assistant Secretary James E. Hutton stated, “VA records reflect that Mr. Hepper served with great distinction and sacrifice during the Vietnam War. The opportunity to return the tag is extremely meaningful as VA and the Department of Defense are currently honoring the heroes of Vietnam Era Veterans and their families.”

While it remains a mystery how the tag ended up in Russia, Ruth Hepper believes it may have been discovered and collected by one of the Russian soldiers who served alongside the North Vietnamese military. American military artifacts also were sought after in Russia and China during the Cold War.

Ron Hepper is buried at the North Dakota Veterans Cemetery. 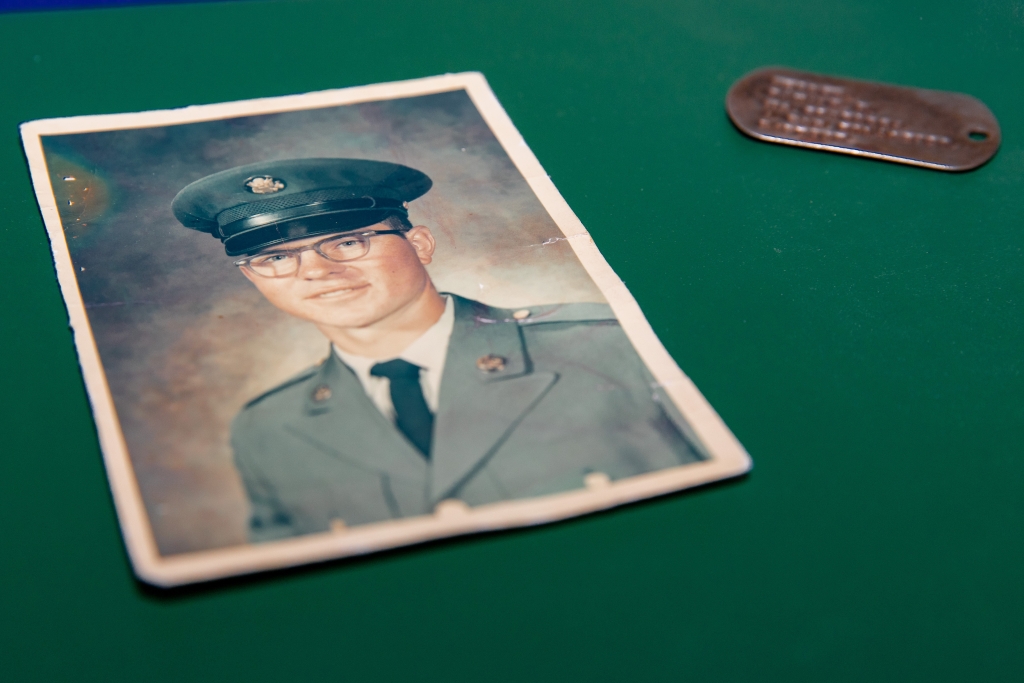