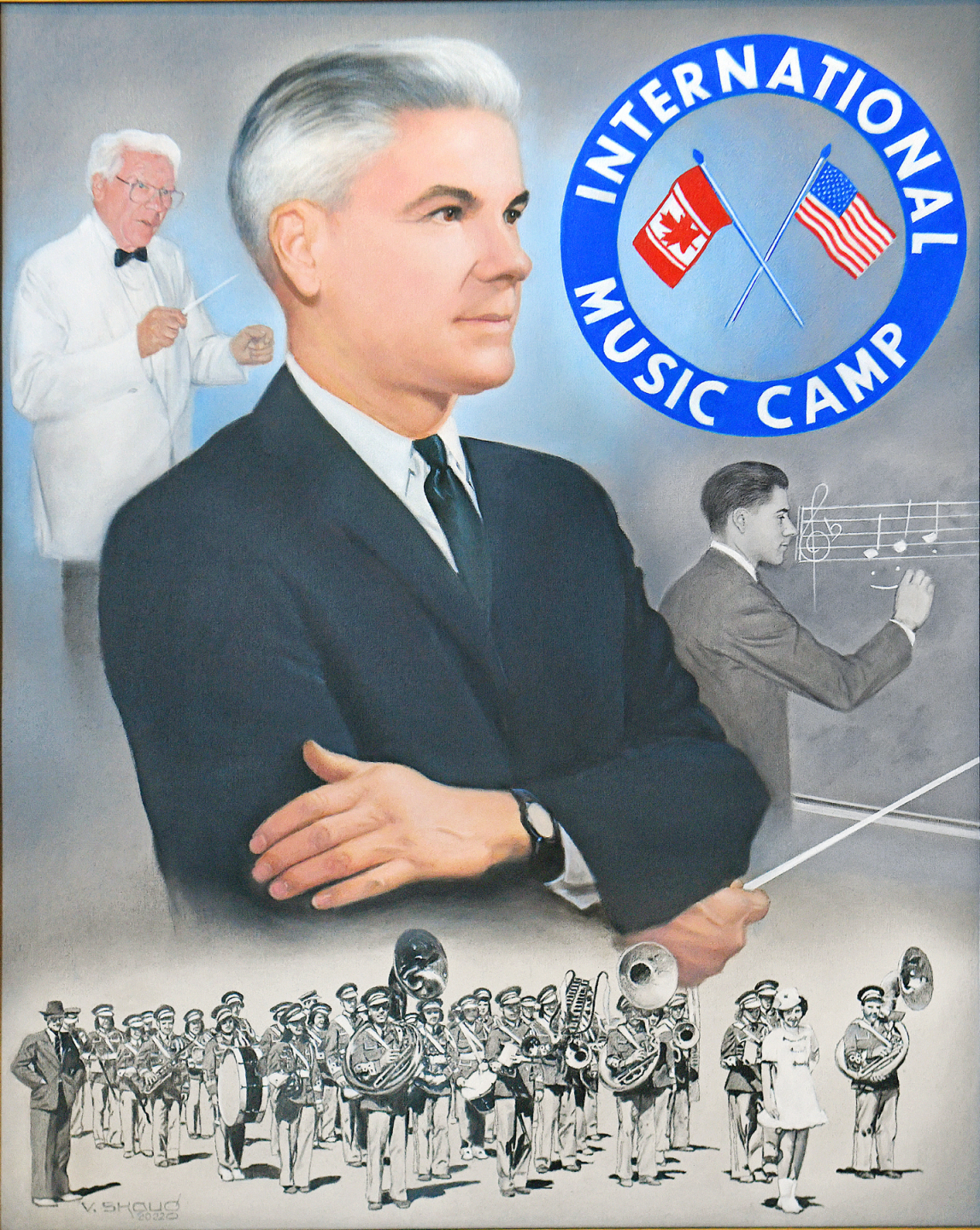 The portrait was created by Minot-based artist Vern Skaug, who since 1970 has painted many of the portraits hanging in the Theodore Roosevelt Rough Rider Hall of Fame at the North Dakota Capitol. The portrait features multiple images of Utgaard at various stages of his career in music education, including an image of him leading a high school marching band in Carrington, N.D.

“Under Dr. Utgaard’s guidance, and with the support of his wife, Noella, the International Music Camp blossomed into an internationally recognized center for education and performance, bringing students, directors and their families to North Dakota for more than 66 years,” Burgum said. “From Dr. Utgaard’s vision, and thanks to his personal commitment to the success of the International Music Camp, he gifted North Dakota and our citizens with a unique asset that provides opportunities to our students and elevates North Dakota on the national and world stages.”

Burgum unveiled the portrait with Secretary of State Al Jaeger, who along with State Historical Society Director Bill Peterson concurred with Burgum’s selection of Utgaard for the award. Burgum presented the award to Utgaard’s three children on July 29 at the International Music Camp that Utgaard and his wife, Noella, founded in 1956 at the International Peace Garden in north-central North Dakota. Merton Utgaard served as the camp’s full-time director for 28 years, gaining international recognition for the music program. He died Dec. 19, 1998, at age 84.

Video of the unveiling can be viewed on the governor’s Facebook page here.­