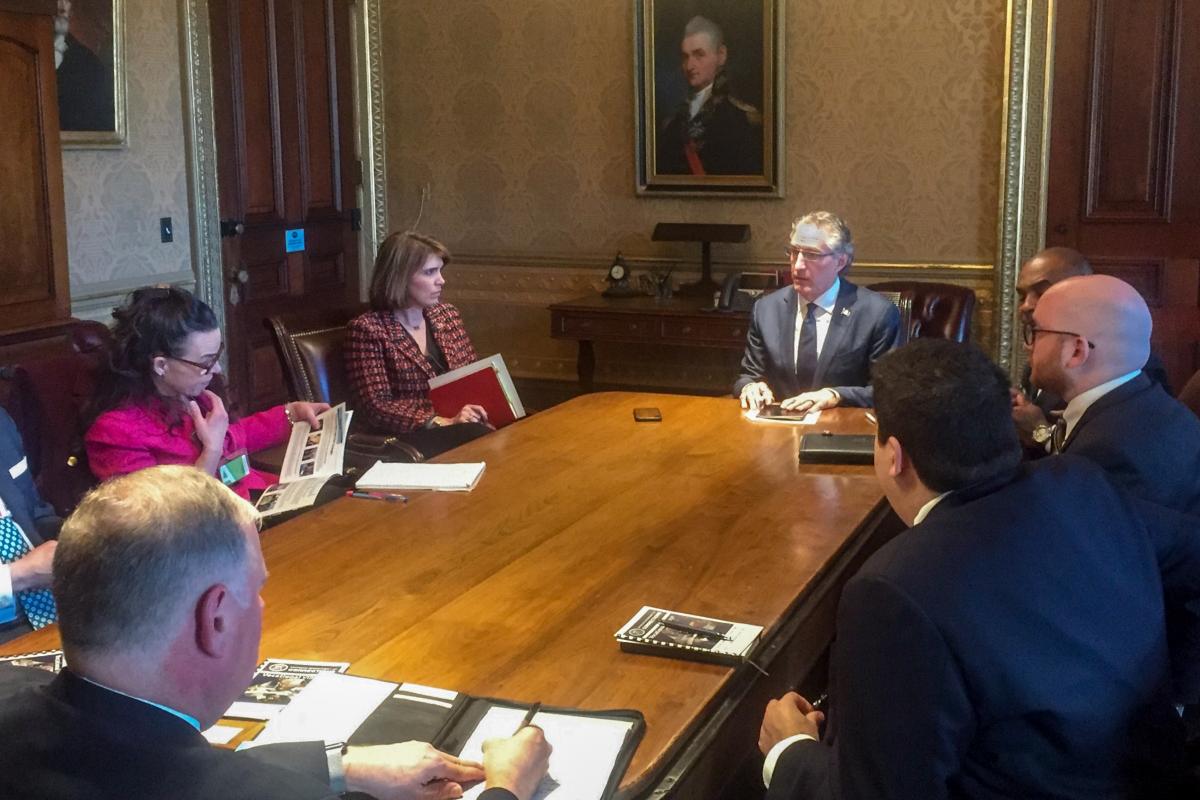 “North Dakota is increasingly being recognized as a leader in criminal justice and prison reform, thanks to proactive steps being taken through our Department of Corrections and Rehabilitation (DOCR) under the leadership of Leann Bertsch, as well as justice reinvestment initiatives by our state Legislature and efforts by our behavioral health officials and the First Lady to promote recovery and eliminate the shame and stigma of the disease of addiction,” Gov. Burgum said. “We greatly appreciate the administration for hosting this session and President Trump for proclaiming April as Second Chance Month to draw attention to the challenges that former inmates face and how we can help ensure that they’re able to reenter the workforce and become contributing members of society.”

Among North Dakota’s innovative prison reform efforts highlighted by the governor and first lady today was Free Through Recovery, a partnership between the Department of Human Services and DOCR that connects participants with care coordinators, recovery services and peer support. More than 1,000 individuals have participated in the program since it began accepting referrals in January 2018.

The governor and first lady also attended a reception with President Trump to celebrate the First Step Act, which provides improved opportunities for inmates to engage in educational coursework and vocational training and establishes pilot mentorship programs. The act also allows prisoners to reduce their time in prison by completing evidence‑based recidivism reduction programs to earn time credits to apply toward pre-release custody or supervised release.

As part of efforts to help formerly incarcerated individuals reenter the workforce, Burgum recently signed House Bill 1282, which prevents certain public entities from inquiring about an applicant’s criminal past until they’re selected for an interview. The governor also recently signed HB 1183, which repeals minimum mandatory sentences for various drug crimes.

Last August, Burgum participated in a State Leaders Roundtable on prison reform with President Trump and other administration officials in August in Bedminster, N.J.