Burgum, Baesler announce Mapleton Elementary's Kayla Delzer as Teacher of the Year for 2019 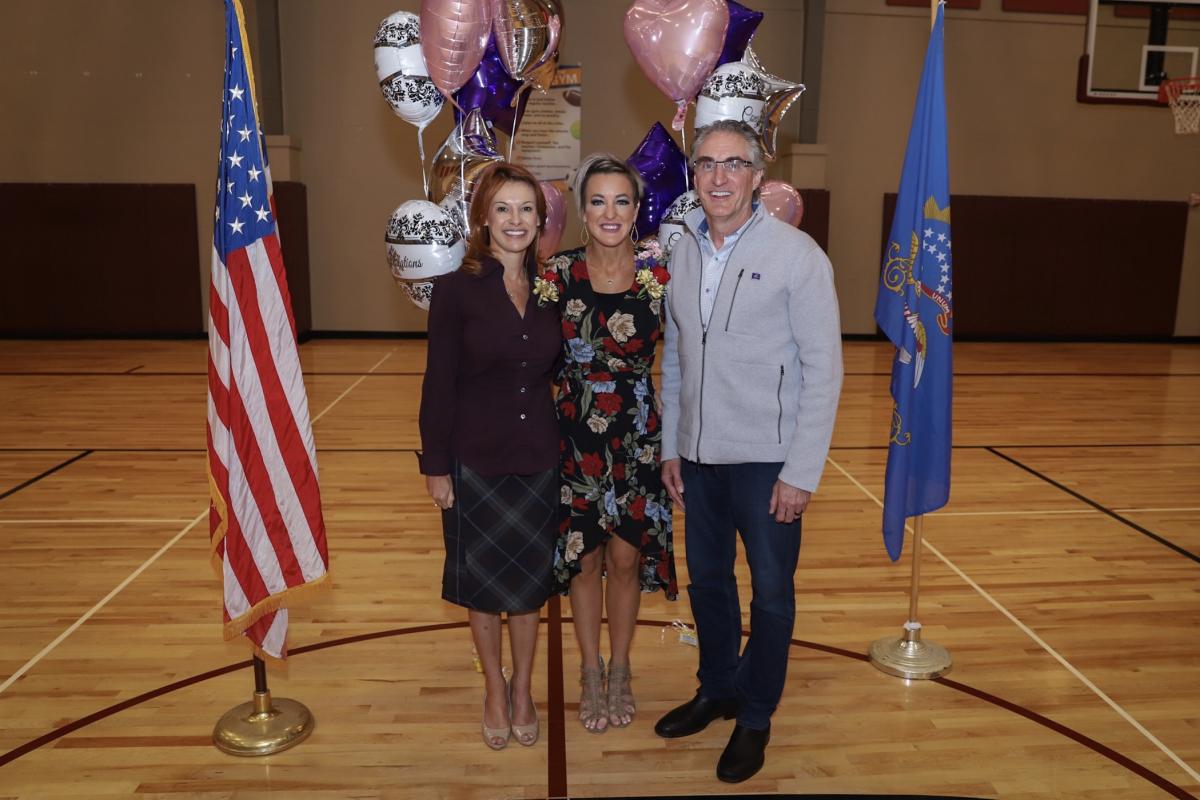 Delzer was selected from a group of four finalists for the award, which Burgum and Baesler presented today at Mapleton Elementary during a ceremony attended by Delzer’s students, fellow teachers, administrators, staff and other well-wishers.

Delzer has 10 years of teaching experience in second and third grade and has taught at Mapleton Elementary since 2016. She is a technology champion, speaker, author and CEO whose blog, TopDogTeaching.com, is approaching 2 million views. Her TEDx talk, “Reimagining Classrooms: Students as Leaders and Teachers as Learners,” has surpassed 208,000 views.

“Ms. Delzer does a tremendous job of embracing technology and using innovative methods to empower and challenge her students, instilling in them a love of lifelong learning and preparing them to succeed in a 21st century economy,” said Burgum, who assigned Delzer to an advisory committee to the governor’s Innovative Education Task Force. “We are deeply grateful to Ms. Delzer, our other finalists and all of our state’s educators for their strong commitment to helping students reach their fullest potential.”

Delzer’s work with classroom redesign and flexible seating has gained national attention and is becoming a standard, and she was selected as a recipient of the Global Hundred Award, designating her as one of the top 100 innovative educators worldwide. She co-authored the best-selling book “Education Write Now” and is writing a book about classroom learning spaces and flexible seating, titled “FlexEd.” The New York Times called her “one of the tech-savviest teachers in the United States.”

“This event celebrates the thousands of great teachers we have in North Dakota. I am honored to be here with the governor to present Ms. Delzer with her award. She will be an exemplary representative of North Dakota teaching excellence as she travels to our nation’s capital with other state teachers of the year,” Baesler said.

In her application, Delzer said she believes relationships between students and passionate teachers are the foundation of successful classrooms, and that teaching is a team sport in which educators must continually share ideas to help each other improve.

“It’s hard to put into words how grateful I am for this award. It means everything to me. I am so honored and excited to lead the change and the charge of innovative teachers across the state,” Delzer said during the ceremony, thanking her fellow educators, administrators, staff, parents and students. “You (students) are the biggest reason that I’m here accepting this award. You have made me a better teacher but more importantly a better person. You inspire me, you teach me and you humble me.”

Teacher of the Year applications were evaluated and scored, and a group of finalists were picked, Baesler said. Applicants were asked about their personal backgrounds, to provide examples of their teaching styles, and describe how they engaged students of all backgrounds and abilities in their classrooms. They were asked how they collaborated with others, influenced their school’s culture, and connected their students with the broader community.

Baesler said the applicants were also asked to highlight what they considered to be a major issue in public education, and how they planned to communicate that message to the public if they were chosen Teacher of the Year.

“I am tremendously happy and impressed with the quality of teachers that we have in our state,” Baesler said. “Our children, and all of us, are honored and blessed by their passion, their creativity, their humility, and their willingness to push their students to fulfill their potential.”

The initial group of Teacher of the Year applications were divided into eight geographic regions. The selection panel reviewed the top applications from each region and selected the four finalists, whom the panel members interviewed in person in Bismarck on Sept. 7.

After completing the interviews on Sept. 7, the selection committee on Sept. 14 chose Delzer as Teacher of the Year.