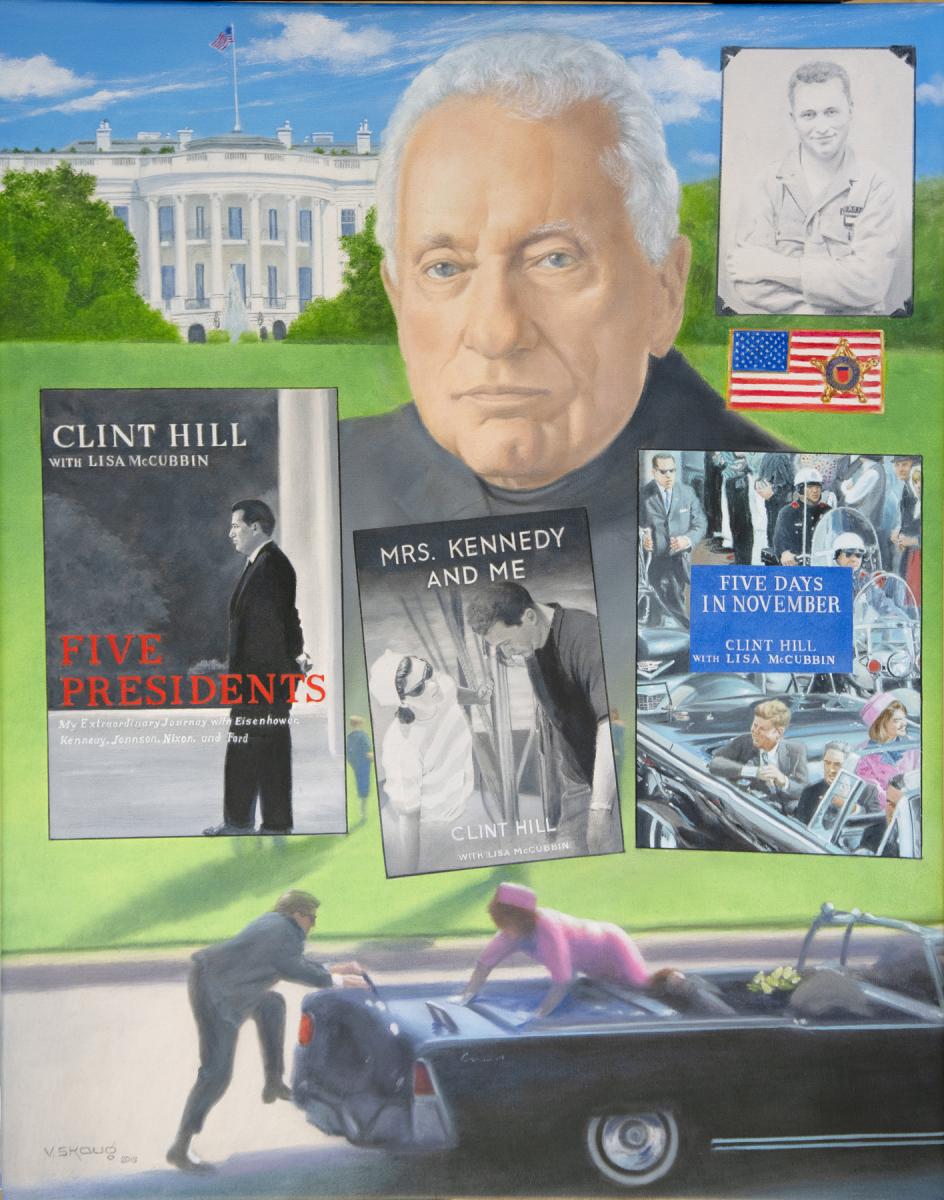 With a long and distinguished career, Hill will forever be remembered for his courageous actions on Nov. 22, 1963, in Dallas, Texas, when in the midst of the Kennedy assassination, he leapt onto the back of the presidential limousine to shield the President and First Lady with his own body. His swift and selfless action is credited with saving the life of First Lady Jacqueline Kennedy.

“Clint Hill exemplifies the spirit of service, determination and work ethic associated with the Theodore Roosevelt Rough Rider Award,” Burgum said. “From his humble North Dakota roots, he rose to the highest ranks of the U.S. Secret Service, continually risking his life to protect our nation and its commander in chief, and he has since inspired millions by sharing the stories of his experience. Agent Hill has traveled the world representing the United States and at every opportunity has stood proudly for our great state. His exceptional record of honorable service has earned him our everlasting respect and gratitude as fellow North Dakotans.”

Secretary of State Al Jaeger and State Historical Society Director Claudia Berg, who both concurred with Burgum’s selection of Hill for the Rough Rider Award, helped unveil the official portrait of Hill during today’s ceremony. The portrait, painted by Minot-based artist Vern Skaug, incorporates images of the White House, Hill’s military service, his three books about his experiences in the Secret Service, and the iconic image of him leaping onto the back of the presidential limousine to protect the president and first lady on that fateful day in Dallas. The portrait will hang in the Theodore Roosevelt Rough Rider Hall of Fame on the ground floor of the state Capitol in Bismarck.

In accepting the award, Hill said it was a humbling experience to be placed on the list of achievers who have previously received the Rough Rider Award. He thanked Burgum, Jaeger and Berg for selecting him, as well as all those who nominated him and attended today’s ceremony.

“You have made a fellow North Dakotan a very proud and happy man,” Hill said. “I may have left North Dakota because of employment opportunities, but my heart and soul will always be here in Washburn, along the banks of the Missouri River in McLean County.”

“Underpaid, dedicated beyond any reasonable expectation, and single-minded in his drive to serve, Secret Service Agent Clint Hill embodies it all,” Stenehjem said. “For his personal sacrifice, heroism and devotion to duty, and for all he exemplifies as a shining light for all our law enforcement officers, it is entirely fitting to name Secret Service Agent Clint Hill as a recipient of the North Dakota Rough Rider Award.”

Hill was born in Larimore and grew up in Washburn. He graduated from Concordia College in Moorhead, Minn., with a degree in history and physical education. Though he intended to be a history teacher and coach, he was drafted into the U.S. Army where he served as a Special Agent in the Army Counter Intelligence Corps.

After his honorable discharge from the Army, Hill applied to the U.S. Secret Service and, in 1958, was accepted as a Special Agent in the Denver field office. A year later, he was assigned to the elite White House detail protecting President Eisenhower.

“I know you not just because of your heroism and courage on that fateful day, not just because you are a personal hero of mine, but because of the honor, integrity, trust and confidence that you displayed your whole career and continue to do today,” Scargill said.

Hill has co-authored three books with Lisa McCubbin detailing his experiences as a U.S. Secret Service Agent, including the #1 New York Times bestseller “Mrs. Kennedy and Me,” “Five Days in November” and “Five Presidents.”

“Clint lived in the Washington, D.C., area for more than 50 years, but whenever anyone asks him where he’s from, he always answers proudly, ‘I’m from North Dakota,’” said McCubbin, who also spoke at today’s ceremony. “He is and always will be that boy from Washburn, North Dakota, who puts others before himself, who does every job, no matter how big or small, without complaint, to completion. His work ethic and impeccable integrity are ingrained in him. These values were instilled here in North Dakota.”

Hill has been a guest speaker at the Federal Law Enforcement Training Center and continues to participate with Secret Service personnel in discussing protective activities and procedures.

The Theodore Roosevelt Rough Rider Award recognizes present and former North Dakotans who have been influenced by the state in achieving national recognition in their fields of endeavor, thereby reflecting credit and honor upon North Dakota and its citizens.